The Army’s use of manned-unmanned teaming, wherein human operators control air and ground robotic vehicles to conduct reconnaissance, carry supplies or even launch attacks has long been underway. This developmental trajectory is demonstrated by the Army’s most recent successes with unmanned-unmanned teaming.

Progress with drone to drone connectivity, from ground to ground and ground to air is fast gaining momentum following successful recent experiments where the Army passed key targeting data from larger drones to smaller mini-drones in the air. This happened in September at Yuma Proving Grounds, Ariz., during the Army’s Project Convergence experiment, wherein the ability to massively shorten sensor-to-shooter time and network time-sensitive combat information was demonstrated between drones. 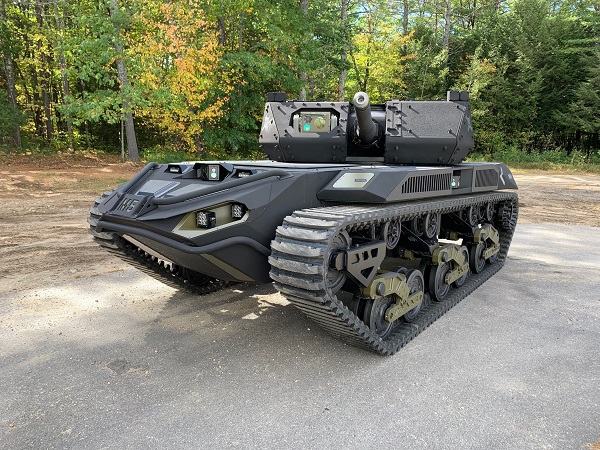 During the experiment, an Army Gray Eagle drone networked with a forward operating mini-drone called Air Launched Effects. This, as Army leaders described, extended the range, scope and target envelope for attack missions well beyond “line of sight” and what service leaders described to me as the “visibility line.” Moreover, Gen. John Murray, Commanding General of Army Futures Command, told The National Interest that more drone-drone operations were planned for coming years.

“You saw unmanned-unmanned teaming with two air vehicles that were completely autonomous. We are going to continue to expand that. Next year, we are looking at four and then we will continue to scale that up,” Murray said at Project Convergence in Yuma.

The technology is also connecting ground-operated robotic vehicles to aerial drones through platforms such as Textron Systems Ripsaw vehicle. The RIPSAW M5 medium-sized Robotic Combat Vehicle, now being developed as part of an Army program, is an armed robot-vehicle engineered with advanced sensors, scalable armor, high-fidelity targeting sensors made by FLIR Systems, weapons and advanced algorithms for autonomous navigation and networking operations.

Textron developers emphasize that the RIPSAW is built to be scalable,