BALTIMORE — Morgan State University’s (MSU’s) School of Computer, Mathematical and Natural Sciences (SCMNS) has announced the receipt of four federal grants totaling more than $1.2 million, awarded in the spring and summer of 2020. The funds are supporting important research in science, technology, engineering and mathematics (STEM) fields ranging from pharmatechnology to advanced computing to meteorology to computer science instruction. Collectively, the grants indicate steady progress toward Morgan’s goal of attaining an R1 (“very high research”) designation from the Carnegie Classification of Institutions of Higher Education. MSU was elevated to an R2 (“high research”) Carnegie classification in December 2018.

“Receiving four grants by four different faculty members testifies to the quality of the faculty and their devotion to the research and education mission of the University,” said Hongtao Yu, Ph.D., dean of Morgan’s SCMNS. “All four faculty members are relatively new to the University, and I am so proud to see them having a great start at Morgan.”

Alexander Samokhvalov, Ph.D., assistant professor of Chemistry at MSU, has been awarded a $326,128, three-year grant from the National Institutes of Health (NIH) to study complexes that slowly release the widely used anti-cancer drug gemcitabine. His research project, “Encapsulation and Delayed Release of Gemcitabine by Aluminum Metal-Organic Frameworks,” is studying aluminum metal-organic frameworks (MOFs) for use as a matrix for drug encapsulation and delayed release. The use of aluminum MOFs in implants offers a promising alternative to traditional chemotherapy for pancreatic cancer, potentially resulting in fewer side effects and greater effectiveness.

Entries for the 2021 awards in Hong Kong will close on October 23.

This post was contributed by a community member. The views expressed here are the author’s own.

The Cradle of Aviation Museum’s annual Family Science Nights return with the beloved “Spooky Science Night” with two socially-distant and limited attendance family sessions on Friday, October 30th at 5pm and 7pm. Each session is packed with stimulating family-fun, STEM activities and a Halloween parade to entertain the entire family. Tickets are $15.00 per person; $10 for Museum Members. All activities are included with admission. All tickets must be purchased in advance, no tickets will be sold at the door. Ideal for kids in grades K-5. Info is available at www.cradleofaviation.org/spook…

● Frankenstein Hands: Use your mad scientist skills to dissect frozen hands to discover what is trapped inside.

● Candy Catapults: Protecting your Halloween hoard is serious business. Construct and test your own catapults.

● Boo-Be-Gones: You ain’t afraid of no ghosts! Learn how to keep ghosts away with some homemade ghost repellant.

● Predicting the Future: Do you have a sixth sense? See if you can predict the future by studying what comes before it!

● Kepler Planet Hunt: There are thousands of exoplanets in our galaxy and some have gotten lost in our museum. Can you shed some light on their location?

“Spooky Science Night is a fun and safe way to celebrate Halloween. We are looking forward to seeing everyone in person and having a great night of science tricks and treats! “- Kerri Kiker, Planetarium Education Coordinator .

All young participants are encouraged to dress in costume according to rules in adherence with CDC guidelines as defined on the museum’s web site at www.cradleofaviation.org/spook…. There are a limited number of tickets available to ensure social distancing requirements are met throughout the duration of the program.

UK-based educator Shahneila Saeed’s new book ‘How To Raise a Tech Genius’ details the deeper technology we should learn and teach coming generations, and why we should not be intimidated

Machine architecture, the fetch-execute cycle, binary conversions, error-checking in encryption: how do you teach these heavy topics, typically featured in A-level or intermediate levels of schooling, to an 11 or 12 year-old? How To Raise A Tech Genius: Develop Your Child’s Computing Skills Without Spending Any Money (Hachette India) by Shahneila Saeed breaks this down for parents, students and teachers alike.

There are hundreds of books and films out in the world about how today’s and the future’s netizens should navigate social media. How To Raise A Tech Genius is about responsible rather than safe use. Shahneila, an educator of computing science, says, over a video call, “It is also about being able to prevent negative things from happening as well as how to respond should they happen. The book looks at humanitarian learning and ethics and things such as copyright.” 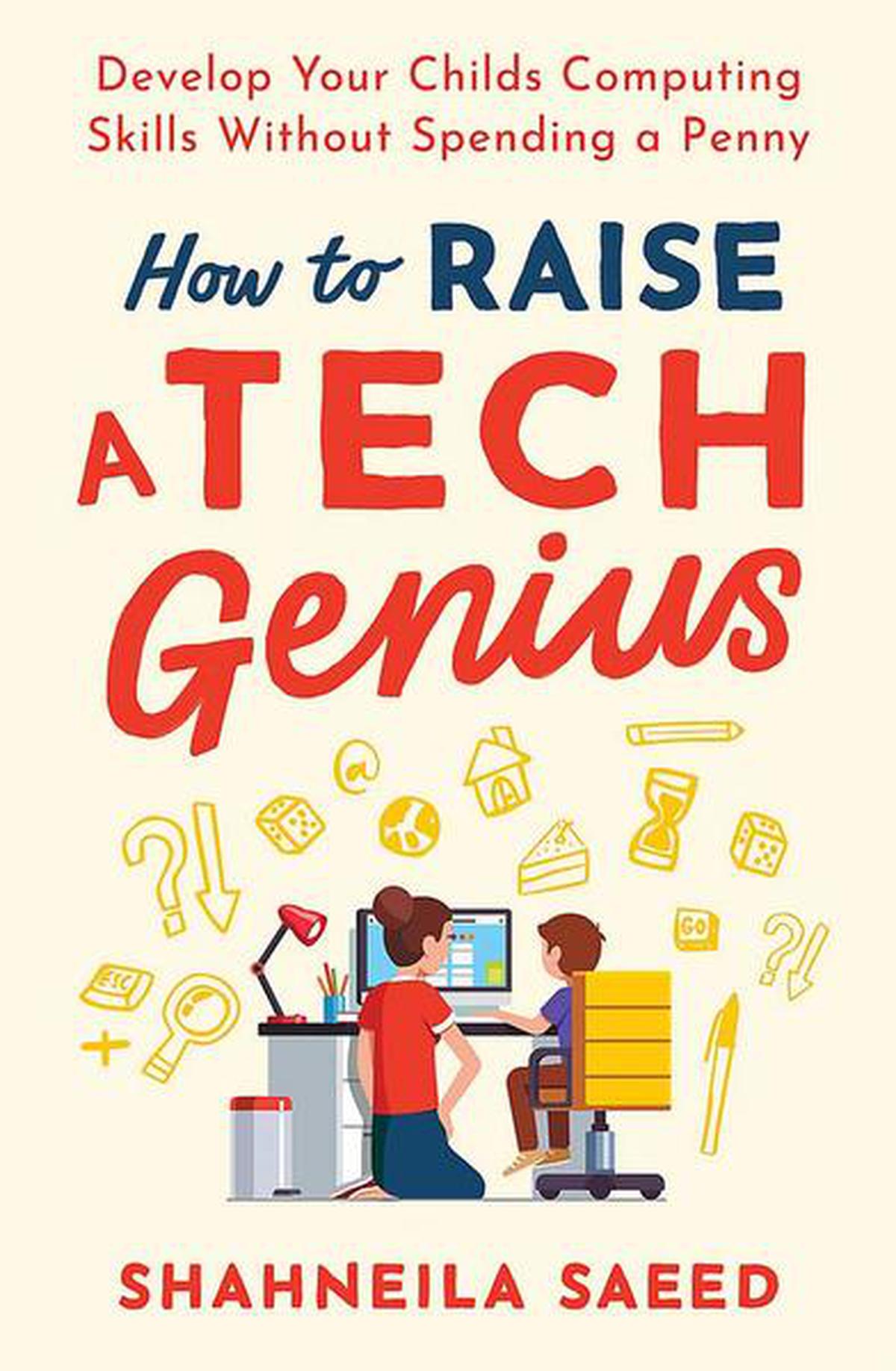 Cover of ‘How To Raise A Tech Genius: Develop Your Child’s Computing Skills Without Spending Any Money’ (Hachette India)

A skim through proves the book is neither textbook nor a self-help guide, but rather something entirely different. The London-based Shahneila, a mother of twin nine-year-old girls and also the Head of Education and Programme Director of Digital Schoolhouse at Ukie Logo, says she hopes the book bridges communication between parent and child, and engenders a healthier and more informed relationship with the deeper aspects of technology.

Shahneila toyed with the idea of the book years ago as an IT teacher for a large secondary and sixth form college. She admits that she was bored teaching and knew that the young people would