It was reported on Friday that the global smartphone market wholesale average selling price (ASP) increased 10% YoY in Q2 2020 even as the shipments declined the highest ever at 23% YoY. Overall, the smartphone industry revenue declined 15% YoY during the quarter – though not for Apple who was the only OEM to buck that trend. 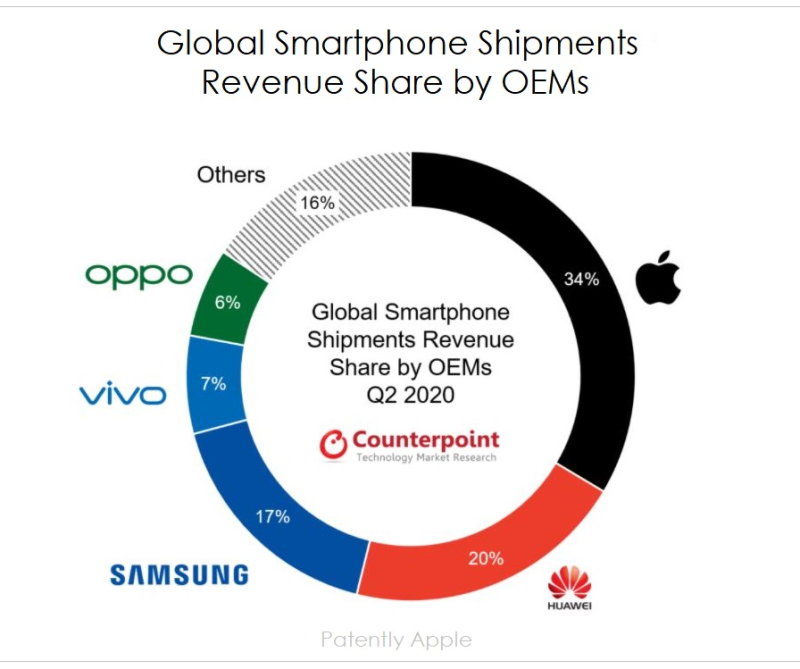 Varun Mishra a Research Analyst at Counterpoint Research out of Gurgaon, Haryana India, further noted that “Within the OEMs, Apple led the global smartphone revenues, capturing one-third of the pie, followed by Huawei and Samsung. Notably, Apple also captured around 59% of the global smartphone industry profit in Q2 2020.

Lastly, Counterpoint noted that Huawei (including their Honor brand), driven by the China market, reported its highest ever global revenue share at 20% in Q2 2020. This was the first time that Huawei surpassed Samsung both in terms of shipments as well as revenue. This was because of Huawei’s continued push in China, the first country to recover from COVID-19. But as markets outside China recover, it will be difficult for Huawei to maintain this lead in coming quarters.

Resetting The Benchmark For Smartphone Cameras

iPhone 12 Pro Buyers to Get Up To Rs. 34,000 Off on Trading Old Smartphone on Apple Online Store