IBM Corp. is getting into the space race. The company announced two new open-source projects today that are aimed at solving the growing problem of “space junk” and also help startups to build applications for satellite constellations.

According to IBM, there are tens of thousands of human-made anthropogenic space objects, or ASOs, whizzing around the Earth, and they’re only getting more numerous by the day. These objects, which can be as small as a speck of paint, orbit the Earth at speeds of around 8,000 meters per second. At those speeds, even the tiniest fragment could cause catastrophic damage to a satellite if it were to collide with one, so experts need to known where these ASOs are to try to avoid any collisions.

Key to knowing where the ASOs are is something called “orbit prediction,” which uses physics-based models that rely on extremely accurate data about the ASO and its environment.

“To succeed, these models require extremely accurate data about the ASO and its environment,” IBM engineers Naeem Altaf, Colin Alstad and Satya Sreenivas wrote in a blog post. “The trouble is, the location data we get about ASOs from terrestrial-based sensors is infrequent and noisy — and complicated further by the fact that we don’t fully understand how phenomena like space weather and atmospheric density affect ASOs.”

To that end, IBM has announced that it’s open sourcing its Space Situational Awareness project (below), which is an ongoing collaboration between it and Dr. Moriba Jahat at the University of Texas at Austin that aims to improve orbit prediction using machine learning models. The idea to use machine learning to try and predict when the physics-based prediction models might get it wrong. 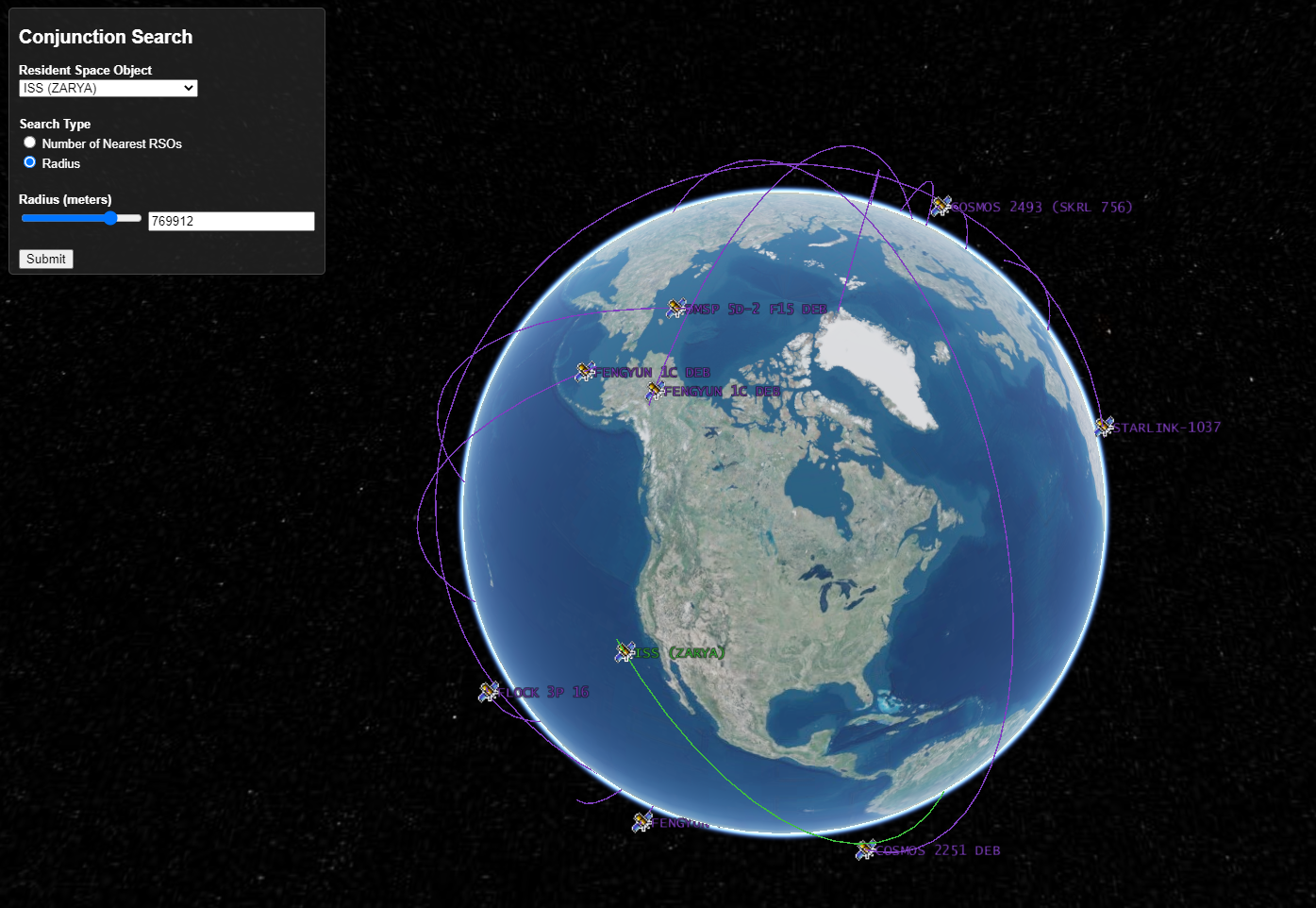 IBM has built a couple of models for this task based on data from the United States Strategic Command that contains the Keplerian orbit elements of each ASO at a certain point in time.

The first physics-based model is used to model the perturbation in an ASOs orbit that’s caused by the Earth, while the second machine learning model has been trained to predict errors in the first model’s prediction. For the second model, the baseline learning method relies on an optimized distributed gradient boosting library called XGBoost to build a regression trees model.

This model is then trained on the orbit predictions of the baseline physics model to predict any errors in them, using the USSTRATCOM data as a ground truth. That makes it possible to adjust the physical models to take into account the predicted error, and should make them far more accurate, IBM said.

With the SSA project offering much more protection, it’s likely that “satellite swarms” are going to become much more commonplace in the future. Satellite swarms refer to groups of small, modular and low-cost satellites that are replacing the traditional, much larger satellites used to provide space-based communication.

Examples of satellite swarms include Amazon.com Inc.’s Project Kuiper, an initiative to deploy 3,236 internet satellites in low-Earth orbit to boost connectivity in parts of the world that are underserved or unserved by terrestrial networks, and SpaceX Corp.’s Starlink constellation of 300 satellites.

IBM’s newly open-sourced KubeSat project is a cognitive autonomous framework that can be used to create and control these satellite swarms and support the additional software they need to perform specific tasks. It also enables the simulation and optimization of multisatellite communications, IBM said. 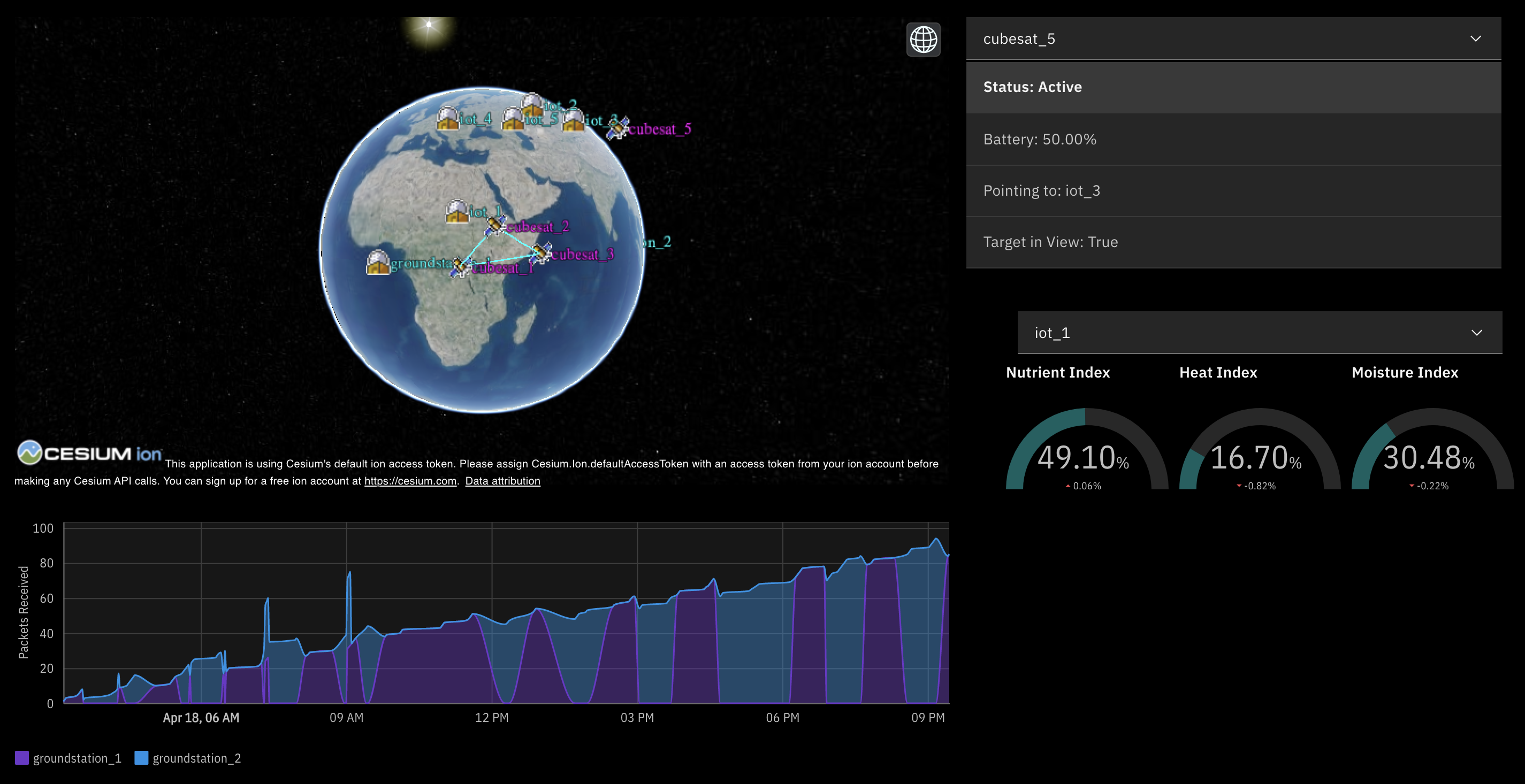 The company said it’s open-sourcing Kubesat in a bid to democratize the satellite swarm industry. It said it wants to help smaller operators and even startups to take advantage of space technology.

“Innovation in space industry can benefit from this framework,” Altaf, Alstad and Sreenivas said. “Reinforcement learning models for specific use cases can be built with this framework as the underlying software for many satellite groups. Collaboration and communications between those satellite swarms can be autonomous, allowing for swarms to integrate or separate as needed. This modular swarm creation is a key component of our software, allowing satellites utilizing our software to have the maximum impact.”

Analyst Holger Mueller of Constellation Research Inc. told SiliconANGLE that space is a great use case for open-source because it’s an area where both governments and private enterprises are competing, both on research and in commercial applications.

“The transparent and collaborative nature of open-source allows all participants to contribute and to inspect code,” Mueller said. “IBM is helping, making two key contributions that will aid collaborative satellite communication and also protect those assets. Both use cases require data sharing and operating on common code to really deliver value to their participants.”

Show your support for our mission with our one-click subscription to our YouTube channel (below). The more subscribers we have, the more YouTube will suggest relevant enterprise and emerging technology content to you. Thanks!

… We’d also like to tell you about our mission and how you can help us fulfill it. SiliconANGLE Media Inc.’s business model is based on the intrinsic value of the content, not advertising. Unlike many online publications, we don’t have a paywall or run banner advertising, because we want to keep our journalism open, without influence or the need to chase traffic.The journalism, reporting and commentary on SiliconANGLE — along with live, unscripted video from our Silicon Valley studio and globe-trotting video teams at theCUBE — take a lot of hard work, time and money. Keeping the quality high requires the support of sponsors who are aligned with our vision of ad-free journalism content.

If you like the reporting, video interviews and other ad-free content here, please take a moment to check out a sample of the video content supported by our sponsors, tweet your support, and keep coming back to SiliconANGLE.